Adventurers from the age of Discovery traveled long distances and endured hardships in their search for treasures. The Gulf of California, with its arid shorelines, was one of their greatest challenges in the New World. With the arrival of Hermán Cortés, its secrets were revealed, and, principal among them: Pearls with the most intense colors ever seen.
The Mexican pearl oyster banks were for almost 400 years and their pearls were he mostprized for their beauty, rarity and uniqueness. With the advent of the diving suit, it only took a few years for the pearl armadas to deplete the pearl-oyster beds. Therefore, the Sea of Cortez pearls disappeared from the world markets in the first half of the twentieth century.

Pearl commerce in México is as old as the Great Native Civilizations, when Mayan or Aztec merchants roamed the confines of their empires to seek magnificent pearls for their rulers and gods.

In 1532, twenty one years after the conquest of Tenochtitlan, Cortés sent a couple of expeditions from Oaxaca in search for Pearls and territory in the northern part of the recently discovered South Sea coasts; he had already been granted the right to govern over the new lands he could discover along its coasts.

The first and the second expeditions failed, it was not until Hernán Cortés set foot in the leader ship of the third expedition in 1535 that they were able to, finally, find the source of the pearls; which is why, the Gulf of California is also known as Sea of Cortez.

Siglo XVII. The Century of the Pearl Seekers.

The pearls that were found here were known for more than two hundred years as “black pearls” because they were not white, they could be many different colors, but when the Western civilization discovered the French Polynesia, it came across a pearl that was truly jet black due to the melanin present, so the use of that name changed and went on to refer only to these Polynesian pearls. Even so, the echoes of that distant past, from the XVI to the XIX century, still resonate in our days and there are many people in México who are still looking for them under that name. Another name of historical interest that these pearls had was South Sea Pearls because that is how Vasco Núñez de Balboa named the Pacific Ocean when he first discovered it in 1513 after crossing Panamá from North to South. Nonetheless, that name is now used for the pearls that come from the coasts of Asia and Oceania. The expeditions to colonize the Baja “Island” continued in the first half of the XVII century. Today, we know that it is a peninsula, so it is a surprise to come across all those maps that depict it as an island, especially, since they had the testimony of Francisco de Ulloa whom, under Cortés orders, had explored and mapped the whole Gulf of California.
But, English and Dutch pirates, who assaulted Spanish merchants, came with the idea of the island and the world gave them credit. The expeditions of this time were all private so the colonization was only a pretext to receive the permit and put all their efforts in the pearl fishery. Results were mixed; they came with astounding pearls but at a very high cost. Not to mention the difficulties: dangers to the navigation, the hostility of the native populations, the absence of cultivable lands, the lack of fresh water sources and, finally, pirate assaults. Yet, every new explorer dismissed the bad news and prepared his ship with the pearl dredges or diving bells made out of wood and lead. In his mind, he was sure to overcome troubles and return with a marvelous pearl treasure, which is why, in the Gulf of California coasts, some people still refer to the 1600s as the century of the pearl seekers.

When the expeditions found Pericúes, they were very affable, and noticing the pearl interest of the explorers, they were always ready to exchange pearls, together with fish and well tanned hides, for knifes, utensils or adornments. More than one sailor tried to desert and remain with these Indians in the hope of finding pearls for themselves, of course, they were found and forced to go back. The exchanged pearls were, most of the time, smoked or burned, and grooved (“acanaladas”); the pearl oysters had been opened in the bonfires because what they cared more about was the meat. The Pericúes took good care of their relationship with the Spaniards because of their constant wars with another group, the Guaycuras.

The colonization did not advance, until the Jesuits were granted the authorization to settle the country with their own resources. The congregation did see the pearls as an obstacle which distracted soldiers that were assigned to protect the missions, so, they forbid pearl fishing.

Pearl fishing in the State of Sonora

The first writings that mention pearl activity in the state of Sonora are from the eighteenth century. In them we can see that the city of Hermosillo was originally founded as a fort to protect the way to the North, the Colorada mine and the pearl fishermen.

In the year 1741 Agustín de Vildósola ascended to Governor of Sonora and Sinaloa. He was distinguished for his activities against rebel Indians, the introduction of grapevine, the temporary peace with the Jesuit missions and the promotion of the pearl fishery.

“In January 1741, Father Jesus José Javier Molina, a Jesuit priest who was a missionary in Tecoripa and a traveling inspector to the northern missions, proposed to Vildósola the division of the governance into two independent governments, one of which comprised the land going from Alamos up to the Pimería Alta, where he proposed the foundation of a new fort either in El Pitiquín or in San José de Pimas, where its captain would reside with the purpose of protecting the territory from the Yaquis, Guaimas, and Seris tribes, who tended to arise in rebellion and constantly attacked the Pearl fishermen of Cape Tepoca “…

“On June 22, 1741 on the orders of the Viceroy of New Spain, Pedro de Castro Figueroa y Salazar, Duque de la Conquista, the founding of the Presidio of San Pedro de la Conquista del Pitic was authorized.”

That fort is the origin of what is now Hermosillo, Sonora, one of the most important cities in Northwestern Mexico.

Text in between quotation marks you can consult the original in Spanish in: Lagarda, I. 2007. Historia de Hermosillo. Ed. IMCA. Hermosillo, Sonora. It can be downloaded from the Society of Sonoran History here.

The first step was to research the basic aspects of the reproduction and growth of the two species: Pteria sterna and Pinctada mazatlanica; but the operation to obtain a harvested pearl was a key piece that was still missing and, in those years, it was a technique dominated and controlled by the guild of Japanese implanters, who considered it treason to the homeland to teach someone who was not Japanese. Therefore, the technique had to be developed from scratch through the slow process of trial and error. This perhaps was not so bad, since the species of the Gulf of California have marked differences with Asian pearl oysters. And perhaps a different technique is better for a different species than a forced adaptation of the already existing technique. Even today, after so many years, the technique needs constant adjustments. If you want to read more about the steps we took to develop our pearl farm, please follow this link

The first pearl oyster breeding ground in the world.

owards the end of the 19th century the pearl banks of the Sea of Cortez began to show an exhaustion due to overfishing and to prevent the Mexican Pearl from disappearing, Gaston Vivès developed the world’s first breeding of oyster bears at the beginning of the 20th century using The mother-of-pearl, Pinctada mazatlanica, and got to have 10 million living organisms and 1000 workers that worked mainly in the island Espíritu Santo, opposite of La Paz in the Creation of the Company of Shell and Pearl. The mother-of-pearl shells provided a steady income to the farm, and boats loaded with shell boxes came out from La Paz to Europe and the United States. But, in addition, Gastón Vivès was exporting between 200 and 500 natural pearls a year. The oysters were not operated, the formation of the pearl depended on the natural processes. The farm came to an end amidst the revolts of 1914, when a competitor of Mr. Vivès raised an improvised army to destroy the facilities, steal the pearls and burn the Company’s documents.

The rebirth of pearl activity in the Gulf of California

It all started in 1991, the idea was making an aquaculture project using high-value non-traditional species: Pearl oysters. And three students of Biochemical Engineering launched with tenacity, serenity, and good spirits after the dream of cultivating these pearls of legend.

SUBSCRIBE TO OUR NEWSLETTER
Get to know our promotions! 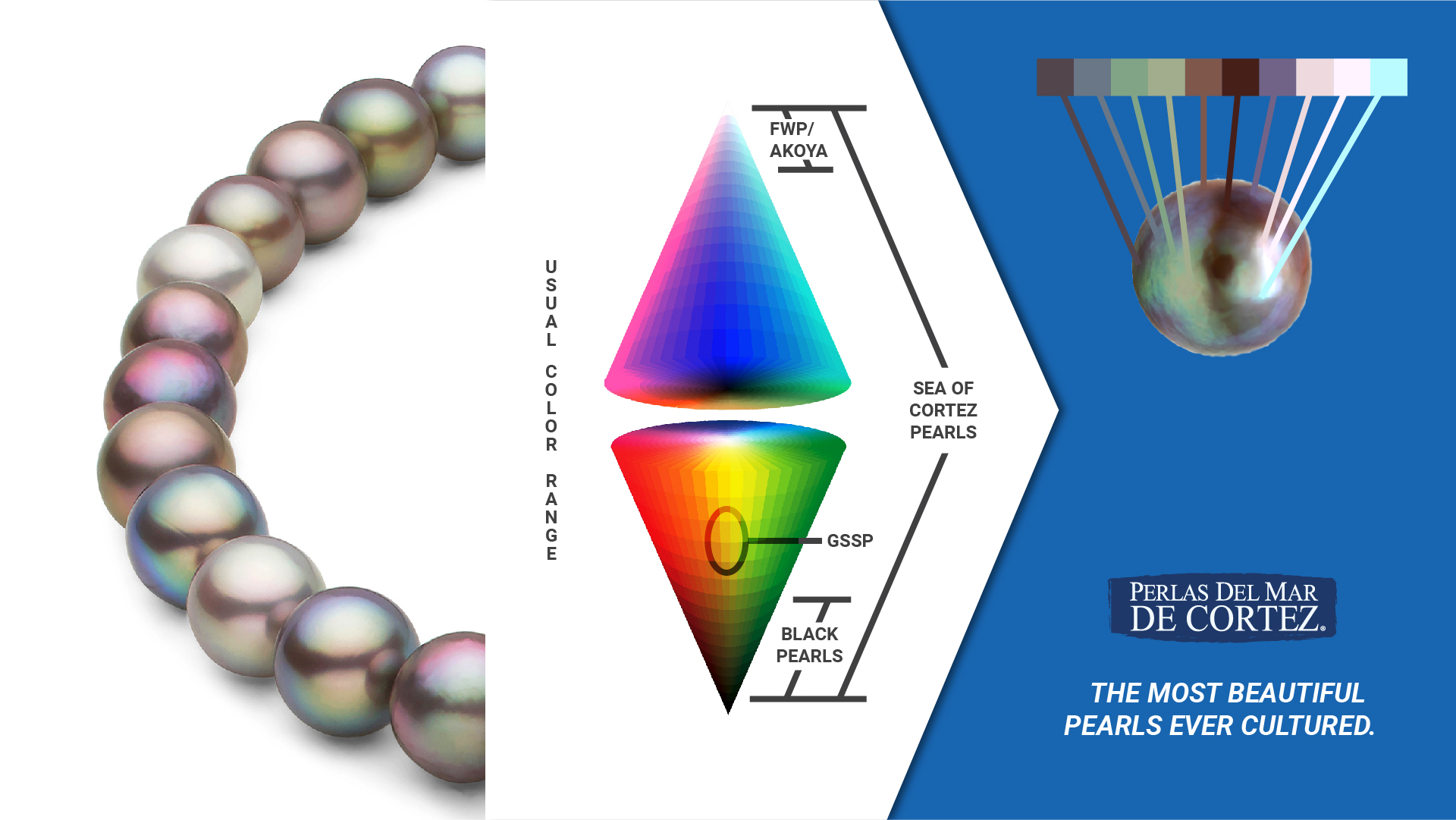 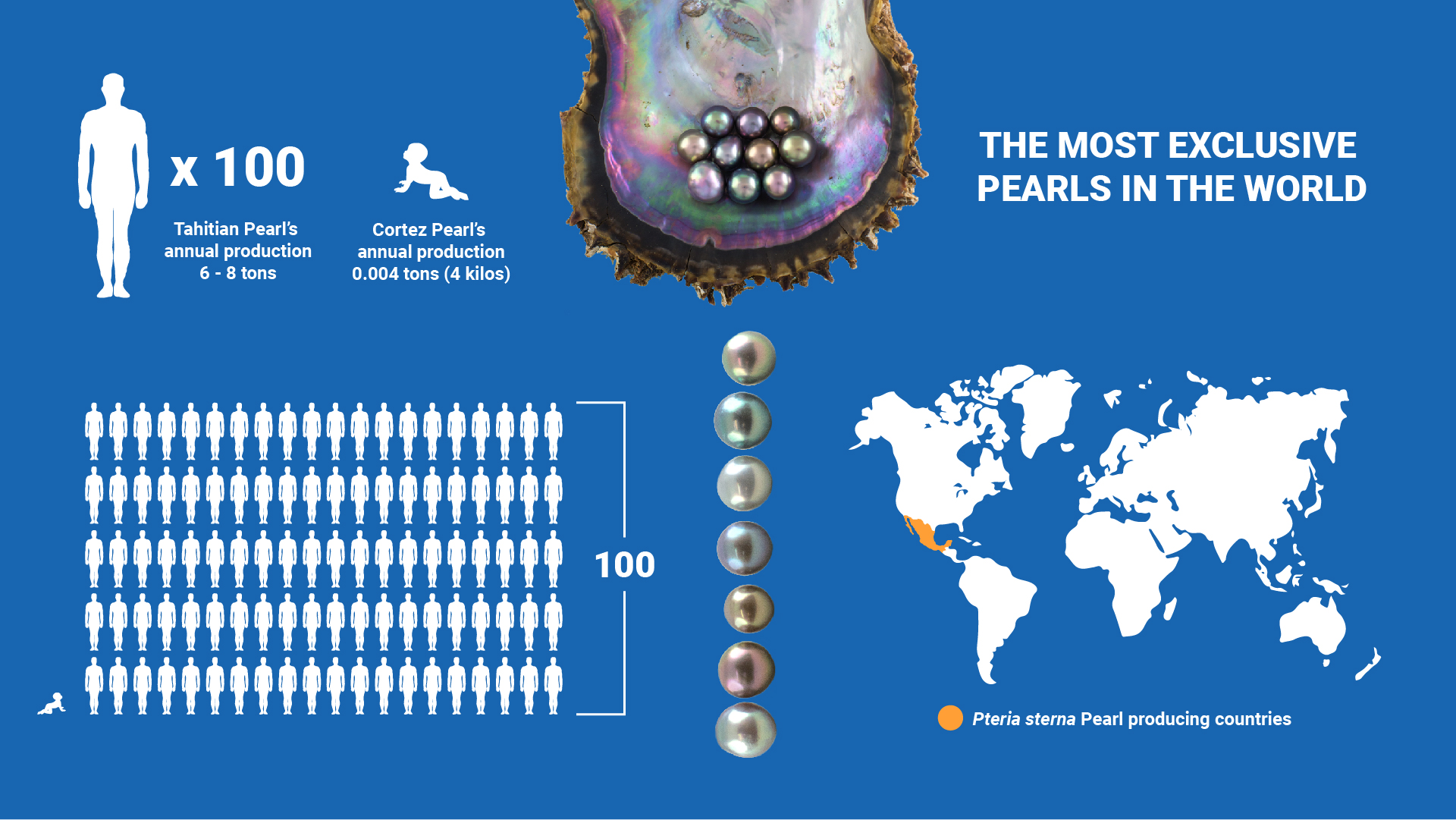 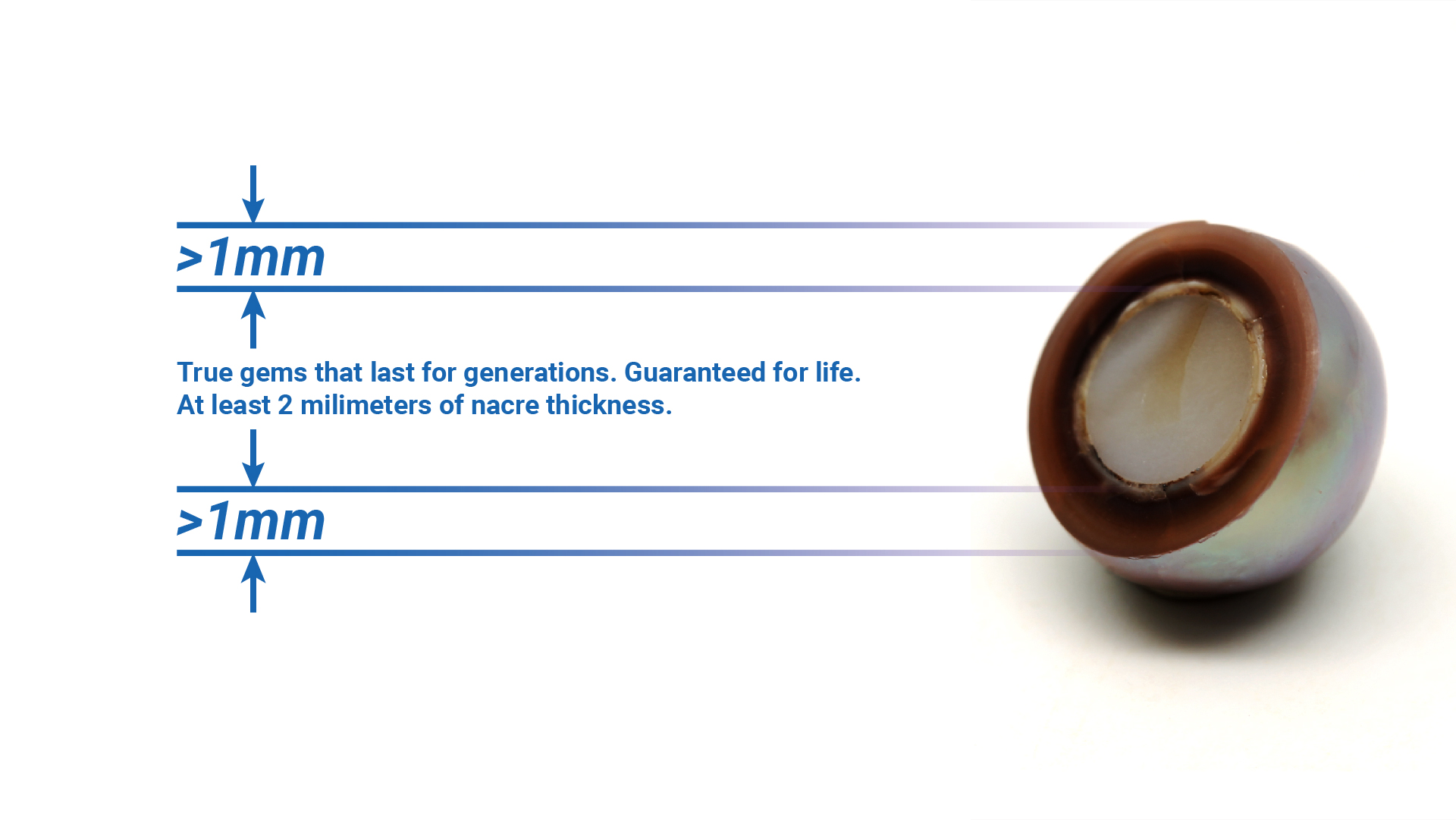